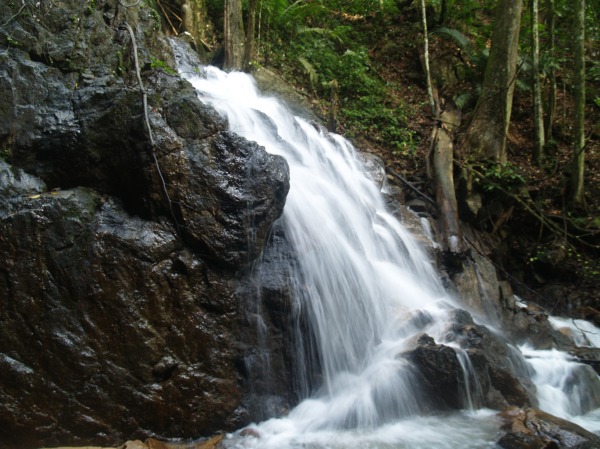 The sheer magnificence of waterfalls has captivated humankind from time immemorial. Penang Island’s hilly core is the source of a few streams and small rivers, some of which end up as stunning waterfalls on their downhill course. On the mainland also, a few  exist, in isolated hill ranges that dot the largely flat expanse.

So delightful were its waters that the nineteenth-century traveller Ibrahim Munshi (son of the famous writer Abdullah Munshi) described it in his account, Kisah Pelayaran: “The water springs from the hill, clear and cool; it flows down in torrents in the same volume between rocks and boulders.” 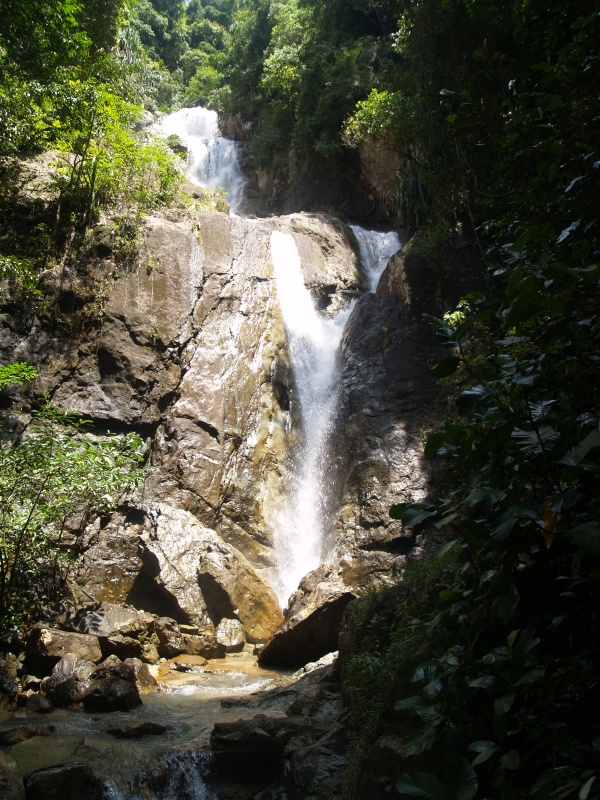 Tat’s Stream Waterfall is a small waterfall located on the slopes of Penang Hill, near the Penang Hill Lower Station.

Sungai Batu Ferringghi is one of Penang’s important catchment streams, feeding into the Batu Ferringghi Aqueduct.  The aqueduct, completed in 1929, is the legacy of James Fettes, the first municipal water engineer of Penang.

Chin Farm Waterfall used to be very popular with tourists and locals who used to visit the waterfall regularly for picnics and to camp around. Today, its popularity has faded away and it is rarely visited.

The Titi Kerawang Waterfall is the most famous waterfall in Penang. Located along the hilly Teluk Bahang road which connects Balik Pulau to Teluk Bahang, the twin cascades of Titi Kerawang are officially on the tourist map, being a hive of activity on weekends with both locals and tourists frolicking in its cold waters. 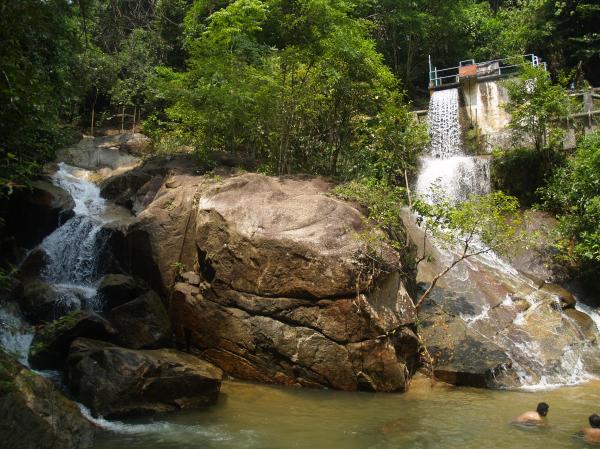